by Vincent Giordano The bitter history between Myanmar (formerly known as Burma) and Thailand (formerly known as Siam) began on ancient battlefields. This included 24 wars between Ayutthaya (the ancient capital of Thailand that flourished from the 14th-18th centuries) and Myanmar that were fought by the nation’s most powerful armies. In 1767, after a 14-month…

by Vincent Giordano Lethwei is a diverse and durable fighting sport that has evolved over the decades. It has slowly risen from the ashes of military control, which limited its expansion to global notoriety in the wake of the opening of Myanmar. The sport itself has been sold as older and better than the neighboring…

by Vincent Giordano
The ancient bare-knuckle/bound-fists tournaments and fights that were held throughout Southeast Asia was a popular pastime and sport of the people, military and royalty. Every fight became a betting contest, as well as a contest of local pride. The general view is that this type of fighting was nothing more than a brutal blood sport fought to the death. This notion has largely been propagated by various forms of media from popular movies and books as well as all through the internet. Martial artists are often heard calling what they do “the older, deadly form” of a specific fighting art all the time to elevate them above the norm and attach themselves to these ancient traditions. 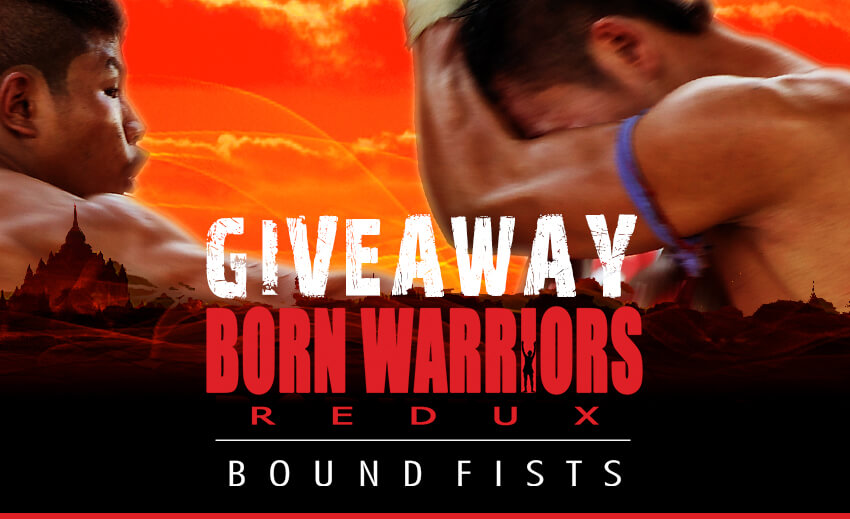 Five lucky winners won a free DVD copy of Born Warriors Redux: Bound Fists during our special giveaway promotion that ended on September 30th. Congratulations to our winners and all those who participated in our successful DVD giveaway.